My little brother is only a year and a half younger than I am, so we were really close growing up. I used to be very bossy but my brother was always extremely mellow and did what I told him, so we got along great. 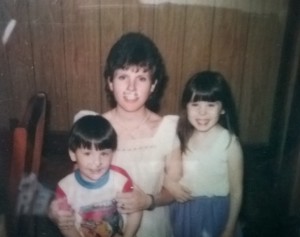 Notice we’re all wearing fake mustaches before it was cool.

My brother used to do weird shit like stand in my closet, still as a statue, just waiting to scare the living shit out of me. I would come in and do my thing and then catch a glimpse of him out of the corner of my eye. It never failed. I freaked out every.single.time.

When I was about 13 I was very surprised when my dad sat me down to have a talk about curiosity.

I was very embarrassed when I realized we were talking about sexual curiosity. 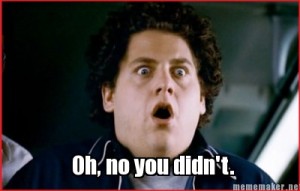 I didn’t kill him, although I wanted to.

The older we got, the wilder we got. My brother was always just a step ahead of me though. If I skipped school, he got caught for skipping school. If I got drunk, he got really drunk, danced on my car, head butted someone, and gave me a hundred dollars. 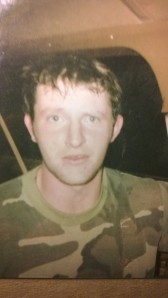 Someone’s about to get headbutted.

Did I mention that we were a little wild?

One time my mom decided that his room needed cleaning while he wasn’t home. I took it upon myself to get everything out of there that I thought she might not like before she started cleaning.

I ran out of the house hauling a giant garbage bag full of shit, in the dark, into the backyard. My intention was to throw the bag in the woods behind our house, where he could then rescue it or let it rot as he saw fit. Unfortunately for both of us, I ran smack into a deer carcass that my dad had hung up earlier that day, totally unbeknownst to me. Straight into it, like I was trying to wear its dead body as a suit. I dropped my brother’s shit and ran as fast as I could back in the house. That’s what I got for trying to save him some grief. 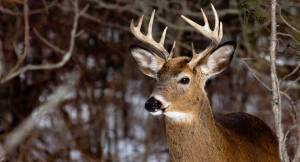 Similar to this, only dead, skinned, and hanging spread eagle from a tree.

As we became adults and started settling down, I started depending on him a lot more. He was my best friend and anytime I was upset or sad (which was a lot) I would go visit him and some of his mellow-nothing-bothers-me-attitude would rub off on me for a while. I could always call him and he’d always be up to talk or hang out or go out or stay in or whatever. I can’t remember a single bit of advice my brother ever gave me, but I can name hundreds of times he’s made me feel better, just by being there. Now he’s grown up and moved away and become a father and a contributing member of society. I have no idea how that happened.

I’m proud of the little shit, but man, do I miss him.