How I Found Out I Wasn’t the Smartest Person Ever

When I was a little kid, I was a big nerd. You may be saying, “But, Steph, you are still a big nerd.” Well, you’re right, but I was an even bigger nerd as a kid.

I was also an Army brat and when I was in the third grade we were stationed in Virginia.

I. Was. Pissed. Number one because my brother and all my friends and neighbors got to go to the regular school, number two because my bus ride was really long, but most importantly because I WASN’T THE SMARTEST KID ANYMORE. It was ridiculous.

I was used to getting the highest grades without even trying. Now you’ve got me here reading my Christopher Pike and these kids are devouring The Hobbit. I was out-nerded! I couldn’t stand it. 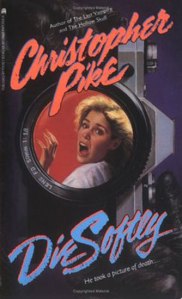 I would like to tell you that I learned a lesson in how important hard work is and how I struggled to the top of my class and even became class president and made the teachers stop wearing such offensive footwear, but that would be a lie.

Instead I became depressed and cried everyday until my parents finally took pity on me and sent me back to public school where my academic excellence and lackadaisical study habits were received warmly with many ribbons and A+’s.

*I’d do the same thing today.

I like words. I suspect I would like sanity, but I really have no way of knowing. I can be reasonable, but not often. END_OF_DOCUMENT_TOKEN_TO_BE_REPLACED
This entry was posted on Tuesday, October 21st, 2014 at 10:31 am and tagged with army brat, Christopher Pike, kids, nerdy, school days, smarts and posted in Just Being Awesome, random bullshit. You can follow any responses to this entry through the RSS 2.0 feed.
« Search Term Tuesday
Halloween is Stupid. »